Hello everybody!! How are you today, I hope you’re having a lovely day. I actually had a bit of a difficult weekend and it’s what inspired me to write this post for you today! It’s also mental health awareness month so every Monday this month I will be posting a blog about my mental health experience. The reason I had such a difficult weekend was because I experienced the stigma and discrimination that surrounds mental illness first hand. I heard things that some people from my uni course, which I’ve taken a year out of, have been saying about why I’m not there right now. The rumours range from ‘she’s just done really badly and wanted an excuse to get out of the year’ to ‘she’s clearly just weird.’ Just to clarify: neither of these are true!! Well I’m maybe a little weird…but weird people are always the best ones! Another thing I heard which astounded me is how people just dismissed my mental illness, comparing my depression to when they ‘have a down day’ or my anxiety to ‘being a bit nervous.’ Trust me, I wish it was just that!!

I have to be honest and say that these things really did upset me, especially because they were said by people I considered friends. Then, the more I thought about it, the less angry I became and realised that actually, they’re only saying this because they don’t understand. And why would they?! If they, or anyone close to them hasn’t been through it you can’t expect them to understand. So today, I’m going to talk to you about my personal experience with mental illness! I saw a few people have done something similar on yooutube/other blogs and I will be using some of those questions but I’m also going to make up a few of my own. I hope this gives you a little glimpse into what it’s like to have a mental illness if you’ve never experienced it or assures you you’re not alone if you have.  Let’s get into it!!

If you enjoyed this why not share it with your friends:

Conversations I’ve been having! 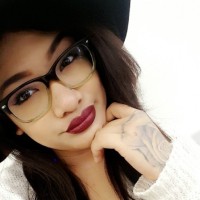 Where else you can find me!